Hobart has spent more than 120 years producing professional kitchen equipment, and in that time, we’ve received a lot of fan mail about the favorite Hobart equipment of cooks and chefs. Instead of keeping these stories to ourselves, we’re introducing an occasional series called Kitchen Stories to share these anecdotes. Our first comes courtesy of Beyer Bello, of Portland, Oregon.

Old, reliable equipment. It’s not always the prettiest or even the most exciting, but there’s a lot to be said for machines that perform month-after-month, year-after-year and decade-after-decade.

Just ask Beyer Bello, who wrote to us about the reliability of Hobart mixers, both machine and otherwise.

A second-generation baker from Portland, Oregon, baking, and consequently old Hobart mixers, have always been a part of Beyer’s life. Growing up in the apartment above his father’s bakery on Nantucket Island, Massachusetts, some of Beyer’s earliest memories are tied to the profession.

“I took my first steps in the same room as an 80-quart Hobart that (my dad) used to mix with,” Beyer wrote to us recently.

Beyer joined the family profession on December 26, 2004, when he landed a job at a bakery where his father once worked. Bello took quickly to the work. Soon he became the bakery’s head mixer, running five machines at a time, two of which were the very same 80-quart Hobart mixers that his father had operated at the bakery 40 years earlier.

Over the years, as Beyer moved across the country and worked at various bakeries, he would always encounter Hobart mixers. Each time, he wrote, he was excited to see them because no matter their age, he knew they would work.

“While those ancient mixers had their issues from time to time, by and large they still ran great,” Beyer wrote.

Several years after landing in Portland, Beyer made the jump to a smaller bakery that specialized in small-batch pies and pie crusts mixed by hand. While hand mixing was usually just fine, there was one time of year when he always missed those Hobart mixers.

“On the week of Thanksgiving we’d make 800 pies – one crust at a time! I just couldn’t get the owner to even consider a mixer. During my second Thanksgiving rush, I said, ‘If we have to mix 800 pies by hand again, I might as well just tattoo Hobart on my arm!’”

Shortly thereafter, Beyer resolved to find a new job. Today, while he’s no longer mixing dough by hand for 800 Thanksgiving pies, he is still mixing by hand, in this case, for pizzas. Luckily, he’ll never have to worry about losing access to a Hobart mixer again. We’ll let him explain:

“This year for Christmas my wife bought me the tattoo I’d been wanting, as the day after Christmas was my 13th anniversary of baking professionally. A tattoo to celebrate a baker’s dozen years of baking! I couldn’t think of a cooler tattoo than the Hobart logo!

In my new job, we mix our pizza dough by hand on a scale that makes sense. And I gotta say, I love to do it! Having my hands in the dough is one of the best parts of being a baker. And, now, even if I’m mixing dough by hand for the rest of my life, it will always be mixed by Hobart.”

Thanks for your story Beyer! We love that tattoo!

Do you have a special Hobart story to share? Drop us a line at stories@hobartcorp.com. We’d love to hear it! 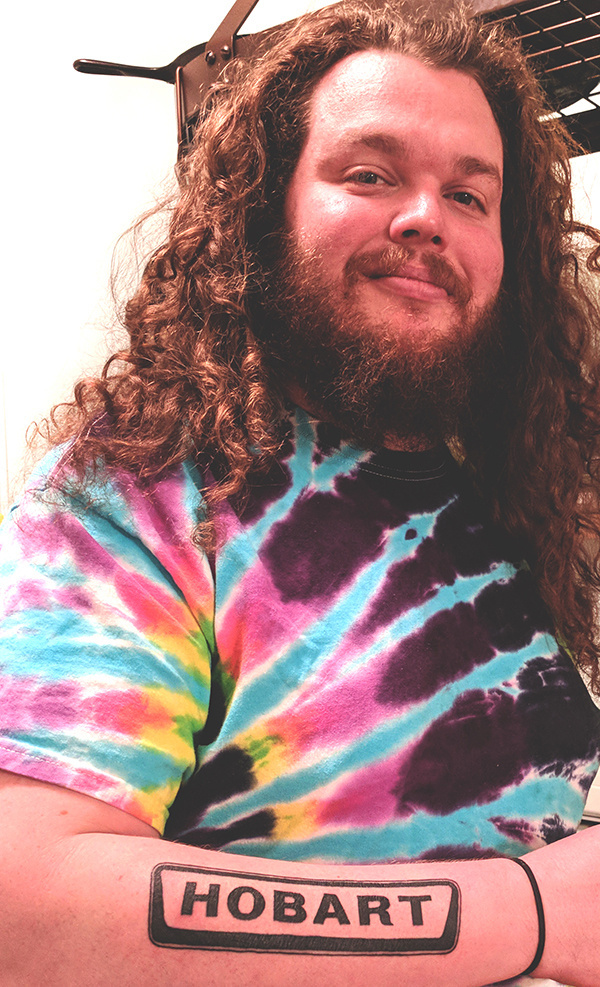 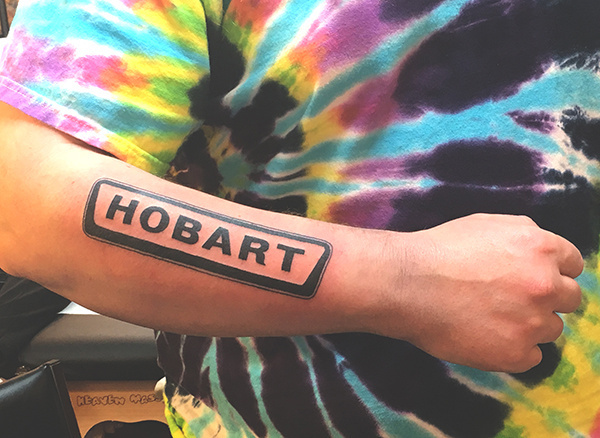